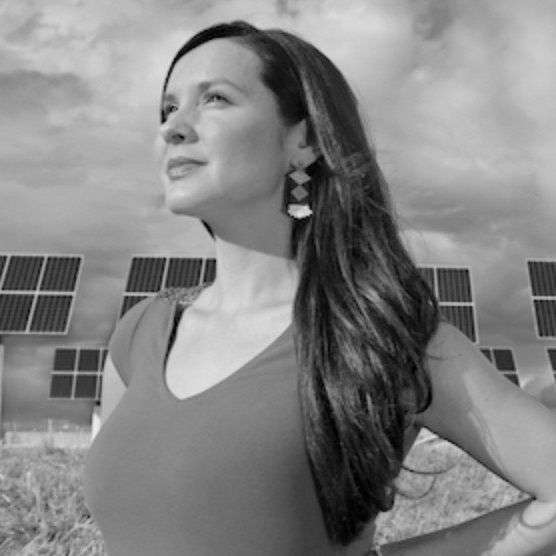 Melina Laboucan-Massimo is an internationally renowned advocate for climate justice, Indigenous sovereignty and women’s rights. Melina is Lubicon Cree from Northern Alberta, Canada. She is the Founder of Sacred Earth Solar, co-founder and Just Transition Director at Indigenous Climate Action and a Climate Fellow at the David Suzuki Foundation. She is the Host of a new TV series called Power to the People which profiles renewable energy in Indigenous communities. Melina holds a Master’s degree in Indigenous Governance at the University of Victoria with a focus on Renewable Energy. As a part of her Master’s thesis Melina implemented a 20.8 kW solar project in her home community of Little Buffalo which powers the health center in the heart of the tar sands.

Facing firsthand impacts of the Alberta tar sands in her traditional territory, Melina has been a vocal advocate for Indigenous rights and environmental justice. For over a decade, Melina worked as a Climate and Energy Campaigner with Greenpeace Canada and the Indigenous Environmental Network internationally. She has written for a variety of publications and produced short documentaries on the tar sands, climate change, water issues and Indigenous cultural revitalization. Melina has studied, campaigned and worked in Brazil, Australia, Mexico, Canada and across Europe focusing on resource extraction, climate change impacts, media literacy and Indigenous rights & responsibilities.

Melina also works on the issue of Murdered and Missing Indigenous Women in Canada after the suspicious death of her sister Bella whose case still remains unsolved. Melina currently serves on the boards of Seeding Sovereignty and NDN Collective as well as the executive steering committee of the Indigenous Clean Energy Social Enterprise.